10 Coolest Police Cars Around The Globe! 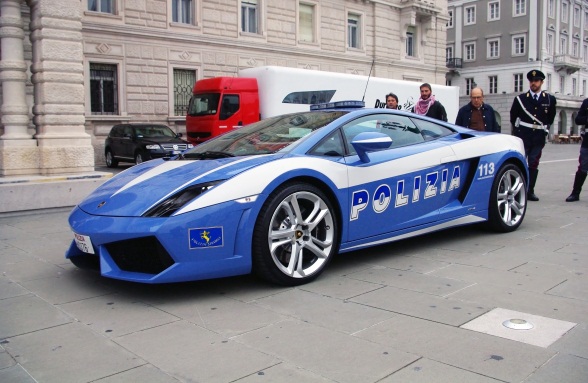 Each of these cars is a pipedream!

We bet you raced at least one of them in PC games!

But there are few lucky ones, for who driving these fantastic cars is only a part of job!

When ordinary police patrol cannot deal with reckless drivers, the police supercars start the purist. They are fast, they are expensive and they are amazingly cool!

Check our list of the 10 Coolest Police Cars around the Globe! 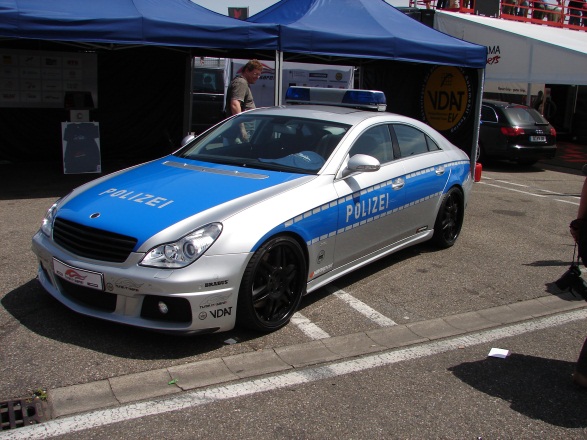 It is the best police car in the world! And it is not surprising that it belongs to police of Germany, the country of the famous autobahns.

But the maximum speed on city streets is not so important. What really matters is a good acceleration, and Brabus CLS Rocket can reach a speed of 100 km/h in 4 seconds!

Do you believe that someone can be faster than Mercedes Brabus CLS Rocket? It is just impossible! 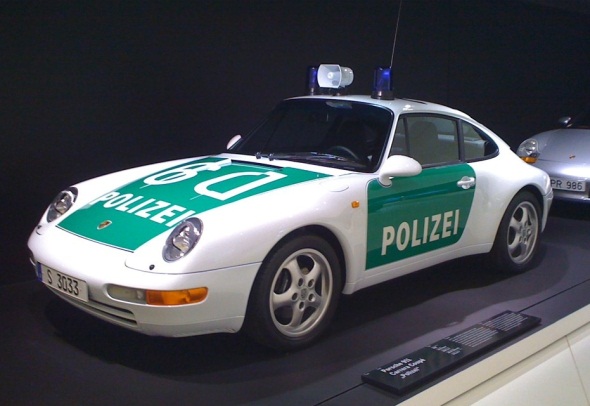 The very appearance of the police Porsche 911 makes Austrian drivers to reduce speed.

Porsche has only one nuance, and it is rather small salon. However, the car has enough space for important police equipment such as radar and breathalyzer.

Lamborghini Gallardo was presented by the company itself to the traffic police of the Italian city of Bologna in 2004.

No wonder that policemen liked this car so much that 2 years later they bought another Gallardo.

In addition to standard police equipment, Gallardo has also the medical one, which includes a defibrillator and a refrigeration unit to transport donor organs. Because of that Gallardo police cars are used as emergency medical care on the autobahn. 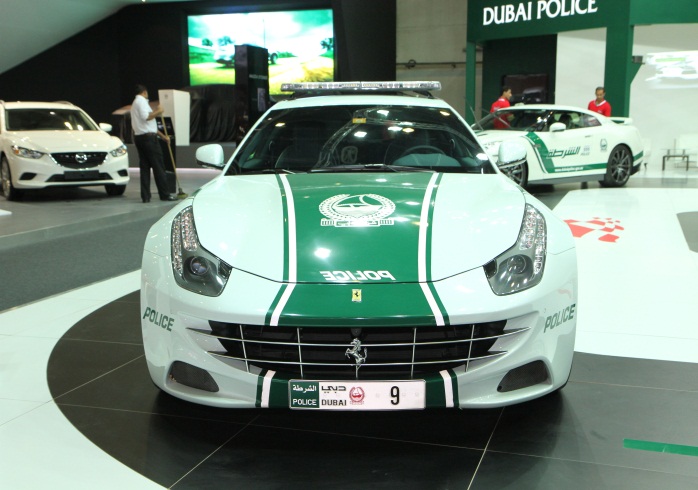 The police of the UAE is well-known for its amazing patrol cars, among which are Lamborghini Aventador, Toyota Land Cruiser, Land Cruiser Prado and Kia Mohave.

But undoubtedly, the jewel of the police vehicle fleet is Ferrari FF, which costs $302,000.

Do you think such police cars are just bragging? Remember that Dubai is the only city in the world, where the quantity of supercars exceeds the total number of ordinary cars.

Corvette Z06 demonstrates technical characteristics, technology and design that can compete with the most exotic supercars of the world. 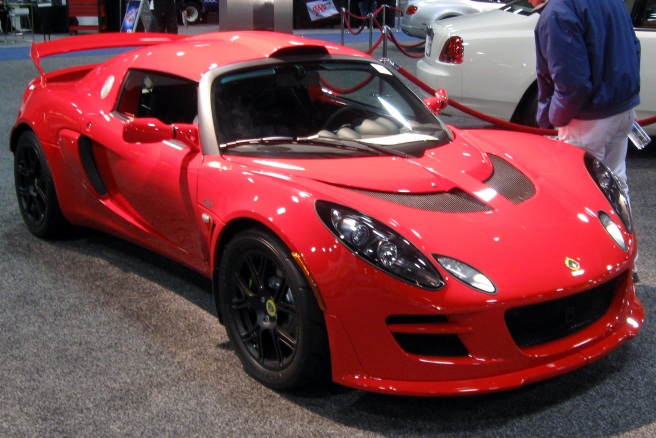 The United Kingdom has almost the largest market for sports cars in Europe! In this situation, law enforcement officers just need some fast cars to catch reckless drivers.

One of the best police cars of the United Kingdom is Lotus Exige with the maximum speed of 240 km/h. But it has one little problem. Lotus Exige has only 2 seats, so it isn’t possible to bring the offender to the police station. 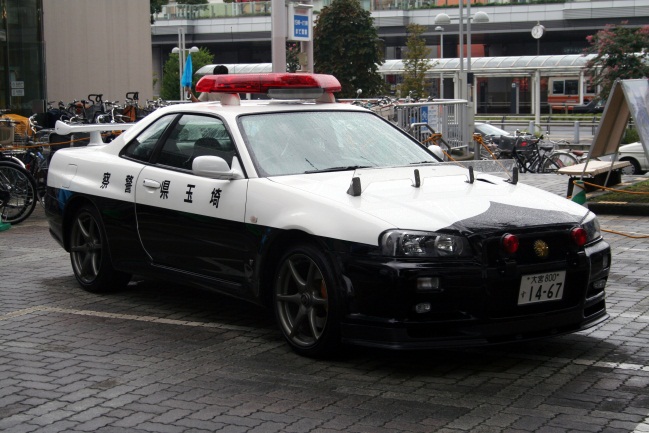 Nissan Skyline GT-R has become a true icon for almost all car fans and racers. But the Japanese did not stop only on this model.

The police patrol the streets also on Honda NSX, Nissan Fairlady Z and Mazda RX-8. Admit that they are a good reason for Japanese people to get work in the police. 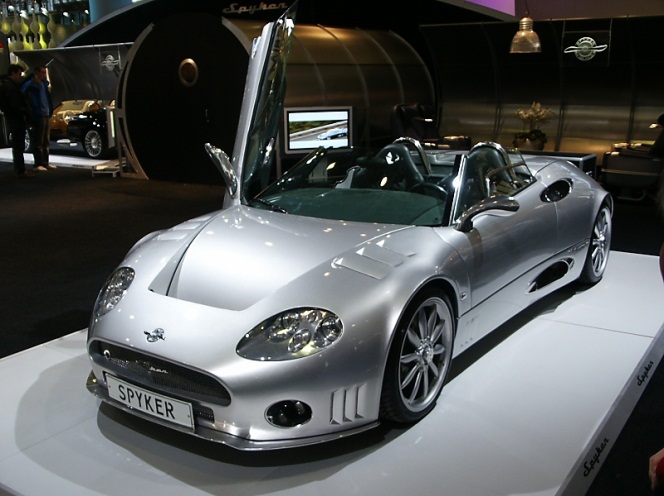 Dutch company Spyker presented to police an awesome supercar C8 Spyder with engine capacity of 4.2 liters, and the maximum speed of 335 km/h.

It can accelerate to 100 km/h in 4.5 seconds! But C8 Spyder has the same problem that Lotus Exige and other police supercars with 2 seats. There is no place for offender.

In addition C8 Spyder costs $288,000 so police officers must drive very carefully and don’t use the tactic of ram. 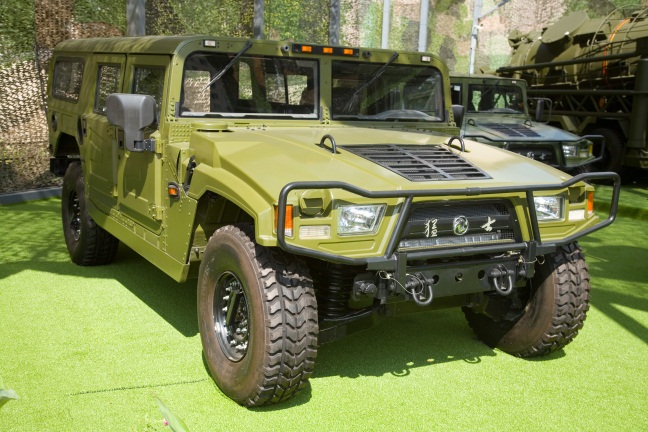 Hummer H2 needs no presentation. Only imagine how powerful the engine of Hummer H2 is, if it can accelerate all the 4 tons of the car to 100 km/h in only 4.1 seconds!

Another question is why Chinese police need a car with fuel consumption of more than 15 l/100 km. 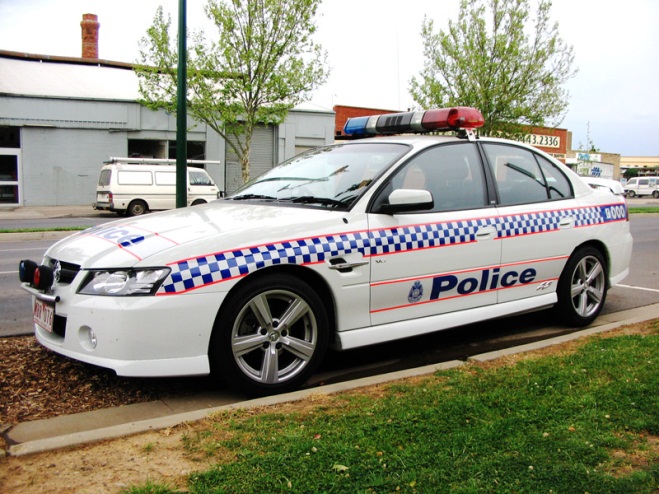 In the opinion of the Australian policemen nobody can escape from Holden VE Commodore. And you can believe them because VE Commodore has a top speed of 280km/h, which is more than enough to catch up even the fastest offenders. 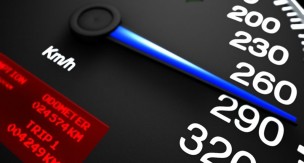 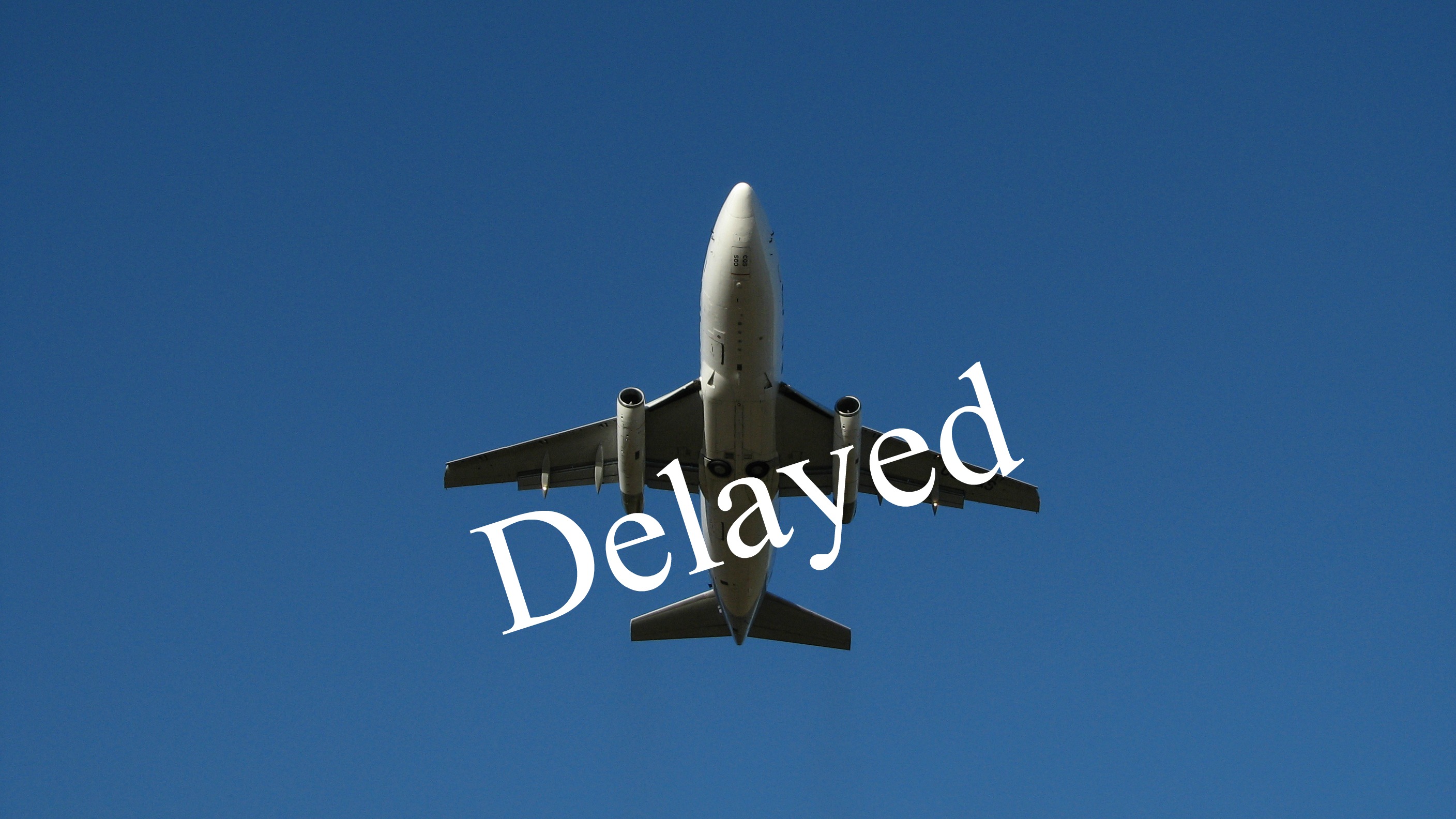 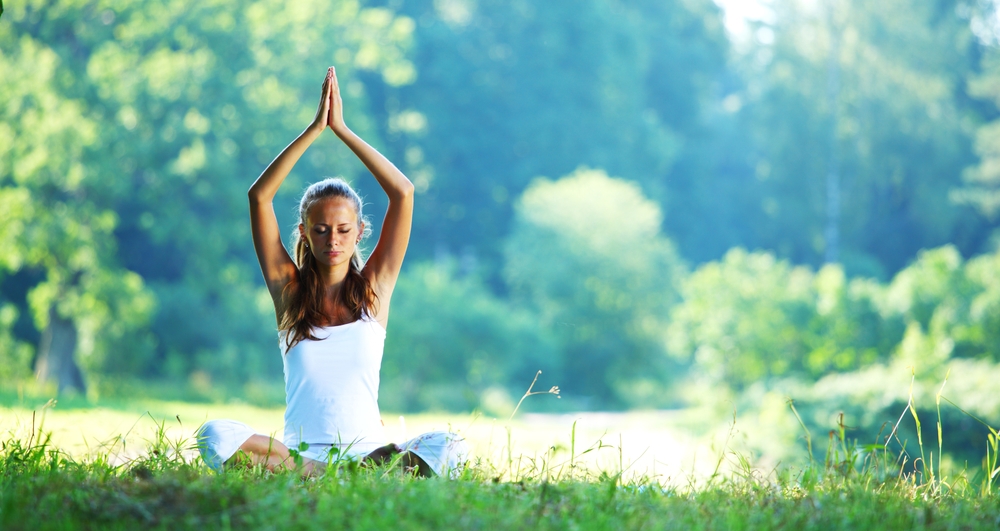