2 Most Peaceful Places In Boston, USA! 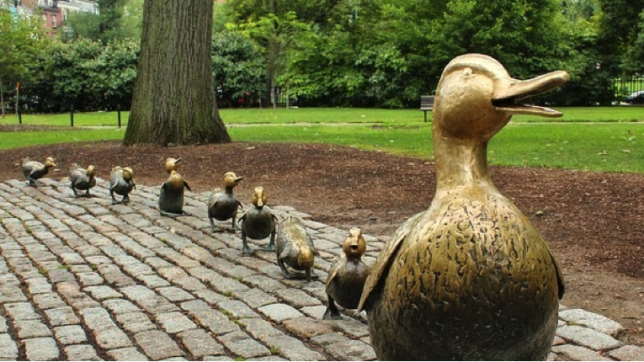 The most beautiful parks that will definitely fill you with new power!

Boston is located on the Atlantic coast in the north-eastern United States. It is one of the oldest cities in the country and considered the unofficial capital of New England.

Boston is a unique and charming city where a rich historical heritage is combined with a busy student life.

There are located more than 100 universities and colleges, including such well-known institutions such as Massachusetts Institute of Technology, Harvard and Boston College. So we can say that Boston is a major educational and cultural center of the United States.

Here are also many museums, parks and other historical and cultural attractions. It is really difficult to visit the most of them, if you have only a few free days. In this case many people decide to use a car rental vehicle. It’s is very convenient to pick up your car directly at the airport: Boston.

Distance from the city centre: 1.4 km

The calmness, beauty and amazing neatness of this park attract a lot of visitors. People use to sit on the shore of the artificial lake and feed the ducks.

Some prefer to ride around the lake on a catamaran, which has the form of a swan.

Besides the interesting flora and fauna Boston Public Garden has lots of different statues and monuments. The most famous of them are the George Washington Statue and the “Make Way for Ducklings”.

“The most important and best specimen of monumental decoration in New England.”

At the entrance to the park you will be welcomed by one of the most magnificent and impressive statues in Boston. 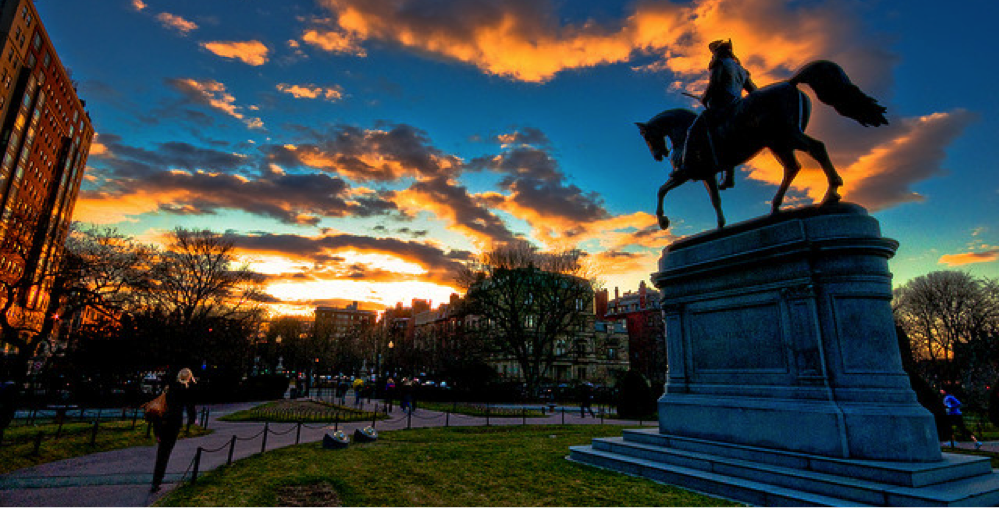 It represents Washington at the time of middle life. He is full of energy and vigor. His gaze is directed toward one of the longest streets in the city – Commonwealth Avenue.

Make Way for Ducklings Statue shows Mrs. Mallard and her famous brood of eight ducklings. This is one of the most popular attractions of the Boston Public Gardens. The statue is based on the popular children’s story written by Robert McCloskey.

Distance from the city centre: 1.2 km

It is the main park of Boston. It isn’t so well known as New York Central Park, but Boston Common is the oldest one in the whole United Sates. This place gives you an opportunity to leave behind all your problems for a while and just spend a great time.

Everything here is so naturaly beautiful that you will quickly forget about the city fuss. Here you can enjoy ice-skating in winter and music festivals in summer. Like the previous park, this one also has some interesting attractions.

The Frog Pond is small pool for children, where they can take a dip on a hot summer day. In winter, this place transforms into great skating rink. Here you will find neat cafés and many funny frog statues.

This fountain was cast in Paris and presented to the city by Gardner Brewer in 1868. It is decorated with bronze statues of Greek gods.

This monument was built in memory of the fallen soldiers during the Civil War. The monument is made in the form of a column of white granite in the neoclassical style.

At the top is the figure of a woman, known to all by the name of America. She holds flag in her left hand and a sword in her right hand.